Honda has established its name for diversity in the industry. There is a great variety of models, designs, quality, and pricing on the credit of this very icon of the motor industry. When it comes to motorbikes, Honda is prized for that. In the following list, we are going to credit all-time most expensive motorbikes by Honda Motor

This is a 2016 model bike. This exotic model is among the most-pricy motorcycles to have arrived in the markets ever. There is nothing much to be excited about this bike. It is just one of those two-wheel vehicles that give the riders an edge over their friend. Its astonishingly high price makes it unlikely to buy by most people. Honda recommends this bike for races and not for regular urban riding. It is, for obvious reasons, a rare bike that riders will be lucky to have or see out on the track.

This is a real example of the old that is actually gold. The Honda has launched Honda NR750 about 27 years ago and is still known to be among the most revolutionary bikes ever appeared on the scenes. This is the second most expansive bike by Honda with a tag of $60,000 for each individual bike. There are only 300 pieces of this model are manufactured due to this price level.

This bike is proof that Honda can surpass its best designs, and owns the most reliable and versatile bikes in the markets. It is the best power-sport vehicle among all others. The model is powered by a 998cc, liquid-cooled, 4-stroke, parallel-twin engine. The lengthy travel suspension, adjustable riding, and a great choice of transmission make the bike stand out, and still, it is not that pricy.

This relatively recent model of the bike is launched in 2000, and Honda is planning to relaunch it in 2020. The CRF series has a large range of improvements, that are compatible with the price increase. The basic inspiration of the series comes from dirt bike models, which are known to be best. It has a four-stroke engine that is an amazing feature for such a small bike. All this makes the bike most selling at the retail price of $9000.

This is one of the most modern production by Honda motor that is lightweight and has street bike aspects. The bike comes in 2 models: the 300cc and 500cc. the bike is considered best as a starter’s bike with the features attractive to the generational riders. It is available in some larger models, that are manageable in urban settings. Its price is pretty affordable for many who are into riding from heart and soul.

Honda is the name of versatility, quality, and diversity. It has numerous, unbeatable designs and features of the bikes on its credit. The generational riders are always on the waiting line for the new models with revolutionary features. Although, all the above-mentioned bikes are expensive but are the best models by this industry icon. 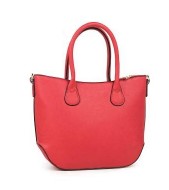